This after picture is taken six weeks after surgery. Pt had original implants placed following a mastectomy. She subsequently had her implants changed out four years later to fix scar tissue that had formed; then changed implants again another six years later. After 13 years, pt. came to us wanting a more natural look. 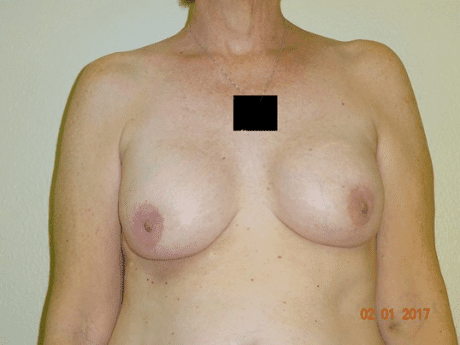 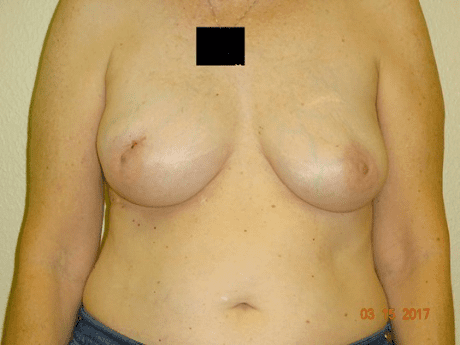 Pt had original breast augmentation in 1984 following a mastectomy. Pt had implants replaced in 1988, then changed to saline in 1994. Pt came to us asking for a more natural, relaxed look.